Hawthorn Medical is located in the coastal town of Dartmouth, Mass. Dartmouth is the fifth largest town in the Commonwealth of Massachusetts with a population of 35,000.

The community consists of a scenic coastline that borders Buzzard’s Bay and numerous coastal estuaries including the Slocum River, Little River, Apponagansett River and Clark’s Cove. It has a number of town and state beaches for recreation. The northern part of the town is a historic rural environment comprised of scenic forestlands, with residential homes within the area. The commercial district has a cross section of local and nationally-recognized businesses. 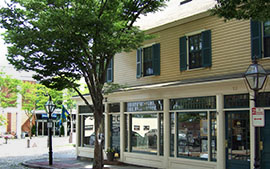 Dartmouth is one of the communities that make up the Greater New Bedford area. New Bedford is the famous old whaling port that inspired Herman Melville to write Moby Dick. Today, it has one of the largest fishing fleets and a working waterfront. A 13-block area of downtown, designated as the New Bedford Whaling National Historical Park, includes the century-old New Bedford Whaling Museum that houses the world’s largest collection of whaling artifacts. Also located downtown is the Zeiterion Performing Arts Center, a restored Vaudeville-era theatre. It is home to the New Bedford Symphony Orchestra and also offers a range of the national and international performing artists and programs.

Art galleries, small shops and a vast array of restaurants are located in the heart of downtown and beyond. Just to the west is the historic Buttonwood Park and Buttonwood Zoo. The Zoo features Rainforests, Rivers & Reefs, a conservation-based center focused on preserving important species, as well as a new Red Panda habitat. 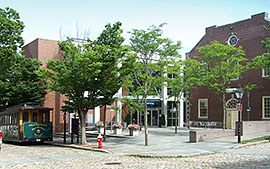 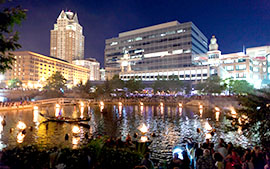 The summer season in New Bedford and surrounding communities offers a full calendar of family-friendly festivals, including New Bedford Folk Festival, Jazz Festival, Fairhaven Homecoming Fair, the Feast of the Blessed Sacrament (the largest celebration of Portuguese culture in the nation), and the New Bedford Seaport Chowder Festival.

From the metropolitan nature of New Bedford (population 101,000) to the rural atmosphere of Rochester, each of these communities contributes to the appeal of the area. The area’s proximity to Boston and Providence, R.I. and the communities of Cape Cod and the Islands, make this one of the most desirable areas in which to live and work.

recruitment: links to attractions and events