Dr. Gowell is a graduate of Northeastern University with a Bachelor of Science and earned his medical degree at Tufts University School of Medicine. He completed his residency at the University of Connecticut. He is certified by, and a Diplomate of, the American Board of Obstetrics and Gynecology, and a Fellow of the American College of Obstetrics and Gynecology. He received the “Dorfman award” for excellence in patient care. In 1998 he also received the resident American Association of gynecologic laparoscopy’s award for excellence in endoscopic gynecologic surgery. Dr. Gowell practices a full range of obstetrics and gynecology with particular interest in advanced laparoscopy, minimally invasive surgery, pelvic prolapse and urinary incontinence. 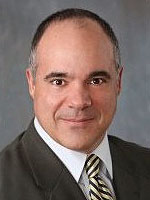